Duck Dynasty Debacle – You’re With Me Or Against Me . . .

Yesterday, and this morning my Facebook news feed has been filled with posts regarding the Duck Dynasty Phil Robertson debacle…

NOTE: this are posts from my news feed. I’ve hidden the names of those who made these posts for their privacy… 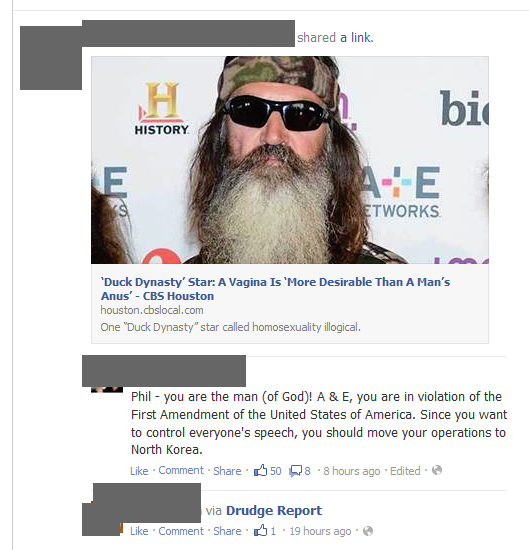 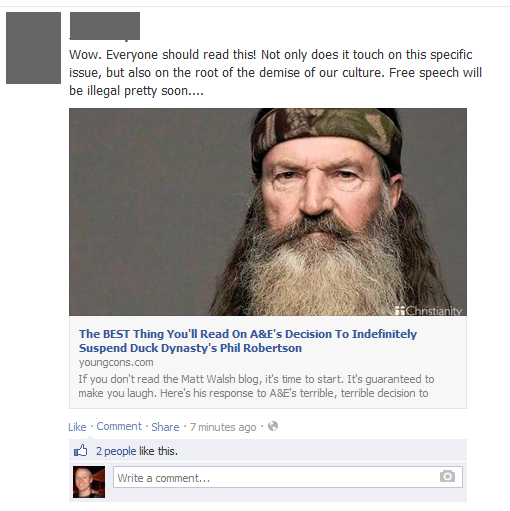 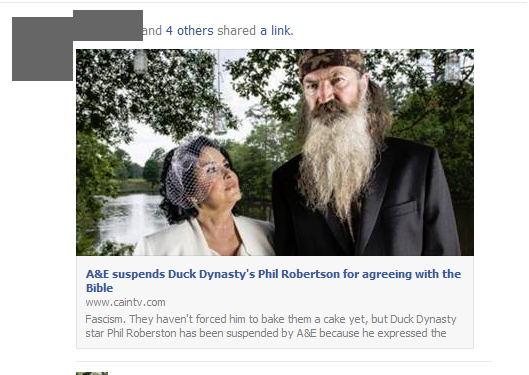 In case you don’t know what happened, just browse your Facebook news feed and you’ll get the 411 there. :-)

Check out this search in Google, under News, for “Duck Dynasty” “Phil Robertson” for yesterday and today… 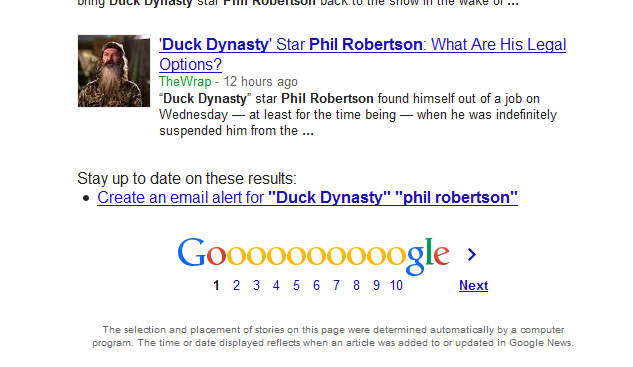 There are just pages and pages of media coverage.

I mean it IS an incredibly popular show. I think I read somewhere the Duck Dynasty premier earlier this year had the highest viewership EVER in the history of cable TV…with 11 million some people tuning in.

PLUS…Phil’s remarks were in regards to a subject people are VERY VERY passionate about…Sexual Orientation.

BUT…all this craziness should be an INCREDIBLE lesson to you when it comes to running your online business.

…if you inject it in your message that you put out to your leads & customers.

It’s not something that you have to do all the time…but it’s just another tactic in your arsenal. A tactic that when you put it work…it WILL make you money.

There are people who are just totally offended…who are pissed…who just are totally disgusted by what he said. And I bet he’s gonna get a hell of a lot of hate mail from his remarks.

He’s created 2 sides. And you’re either with him…or against him. Yes there are people that hate him. But…there’s people who LOVE HIM even more. He has deepened his relationship with millions and millions of people.

You can use this tactic in your “message” that you are putting out to your leads and customers.

Anytime you can create an “us” versus “them” mentality. Anytime you can cause people to be either with you…or against you…You will be DEEPENING (strengthening) your relationship you have with your leads & customers.

Will people be put off, and possibly hate you? Yes! You’ll probably get hate mail :-) …I get some from time to time (not as much as I probably should…need to use this more often).

BUT…those who side with you…will LOVE YOU even more. You’ll get more leads who maybe weren’t paying attention to you, or who were indifferent towards you…who will now LOVE YOU.

Now, I’m not saying that you create an “us versus them” mentality with subjects as hotly debated as being Gay…but hey, that’s your choice if you want to go down that road.

But on the otherside…you’ll have even more people who absolutely…LOVE YOU. And as a result of this deepened relationship…you will sell more stuff. You will be able to help move more of those people to buying whatever you’re selling so you can help change their lives with what you have.

What do I think in regards to  the Duck Dynasty Phil Robertson debacle?

On the other side, should A&E have suspended him?

You know…I started typing my viewpoint on that one…but I’ll just let everyone duke that one out. :-)

Don’t forget the lesson. It will make you more money and help you change more lives with whatever you are selling.

Yours In Changing The World,

Jonathan “your either with me or against me” Register

P.S. I’ve been working my hiney off with CAPS 2.0. It’s going to totally…utterly…blow you away. It IS going to change lives. More coming very very soon. :-)

Lastly, What Do YOU Think? Leave A Comment Below And Let Me Know YOUR Thoughts…