Ray Higdon – I Have A Man Crush On Ray 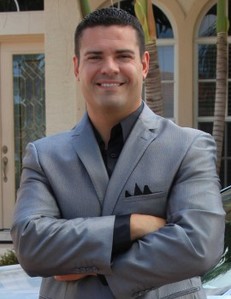 Ok, I have to admit that I have a man crush on Ray Higdon. Not in a weird, stalkerish type of way, but I just highly admire this guy. He went from having it all, making over 6 figures in real estate, but then lost it all. He literally went broke, went into personal foreclose, and was on the brink of bankruptcy. Despite of all that, he some how picked himself back up and has become a true leader in the network marketing industry.

Who Is Ray Higdon?

Today, Ray Higdon is the top income earner in his MLM company, he was the first Ambassador in his company, and currently a six star Director. He has mastered the art of sponsoring and recruiting, and as such has become a true leader in the network marketing industry. Prior to being involved with his network marketing company he was a real estate investor.

Ray Higdon had it made until things came crashing down in around 2008. His real estate business took a dramatic turn for the worse and by 2009 he was in personal foreclosure, he was on the brink of bankruptcy, and literally only had $300 in the bank. He had it all, then lost it all, but he picked himself back up. He joined a network marketing company mid July 2009 and the rest is history…

So Why Do I Have A Man Crush On Ray Higdon? 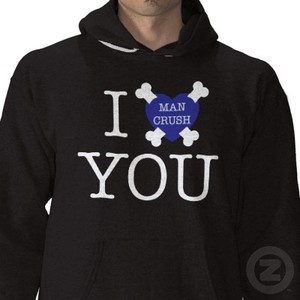 I have a man crush on Ray Higdon because instead of just giving up, and blaming the world for his problems, he picked himself back up and plowed forward. He has literally failed his way to success. From what I understand, after losing it all he did go into a state of depression. That is totally understandable, and I’m sure any normal person (including myself) would go through the same thing.

During that time of depression he may have blamed the world for his problems (I know I probably would have), but in the end he took personal responsibility for his life and did what needed to be done to find success once again. THAT is what sets him apart from 95% of the people in this world and is one of the biggest reasons why I admire him so much. Personal responsibility, hard work, and perseverance is what separates a true “entrepreneur” from a wannabe.

I also have a man crush on Ray Higdon because of his no BS, no nonsense style of training he uses when training his network marketing students. He tells it like it is, and follows the mantra that most people need a kick in the a** (they need tough love) more then they need a hug or a rub on the back. I totally agree with that 100% and I think that’s what has really helped to set him apart from the numerous other MLM trainers out there.

Lastly, I have a man crush on Ray Higdon because he truly has mastered the art of sponsoring and recruiting. He recently put together a “Master Sponsoring Series” course that I have personally been through. The value that he put into the course and the techniques he revealed were truly game changing for me and my business. You can check out the course here- Ray Higdon’s Master Sponsoring Series Course.

Lastly, I wanted to end this blog post on Ray Higdon with giving you the Ray Higdon routine. This is Ray Higdon’s daily routine, and this is also my routine that I follow. I strongly believe that following a set routine each and every day where YOU are controlling your day and taking the right actions is key to finding success in network marketing. It worked for Ray, it worked for me, so it just might be something you ought to consider moving towards! :-)
[unordered_list style=”star”]

I hope you enjoyed this blog post on “Ray Higdon” and remember to TAKE ACTION! I’m specifically talking about the Ray Higdon routine and you may want to check out his Master Sponsoring Series course if you aren’t finding success when it comes to sponsoring and recruiting.

If you’re not seeing the results you want, then something has GOT to change. Take a good hard look at your daily routine and the actions you are taking, because chances are you are missing one or more pieces above. Success like Ray Higdon has had leaves clues, so TAKE ACTION on those clues…